In this episode we highlight the full flexibility of the RME Audio Fireface UCX and TotalMix FX in your DJ Setup. With 4 stereo analog input and output channels, we show you some different setups:

RME's Fireface UCX, our simple small multi-channel powerhouse. With 8 input and output channels accessible directly from the unit itself, you can expand your DJ sets way beyond traditional DJing. You could use for example up to 4 decks or 2 decks with 2 sampled decks or even integrate your Ableton or DWA audio stream into your DJ sets. Everything is possible with a Fireface UCX. 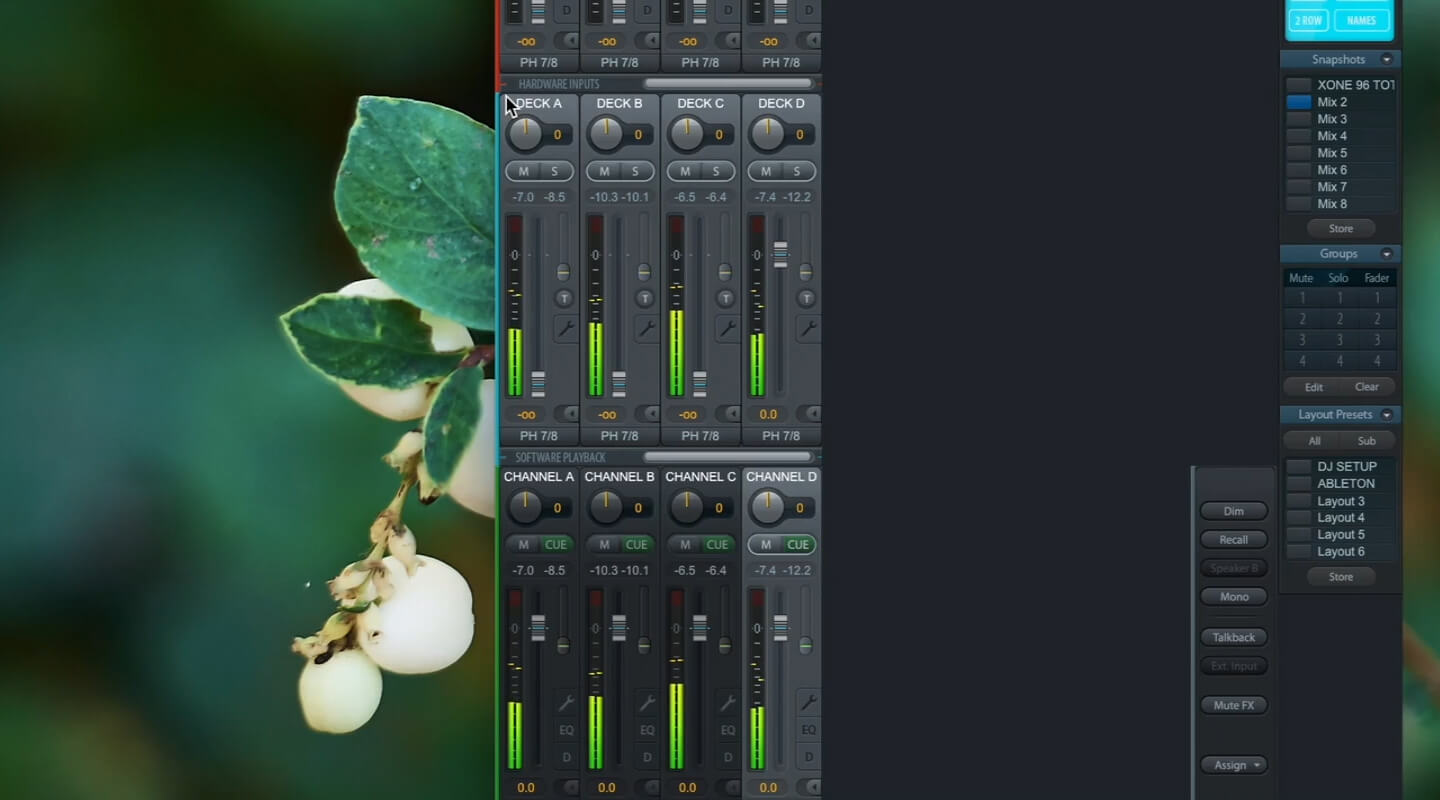 The classic approach would be to use the four stereo output channels for four different decks. All we have to do is go to system settings of the DJ software and route all the decks to the four stereo analog outputs of the UCX. The first three stereo outputs will be on typical TRS, the last Channel seven and eight will be on a stereo TRS output. That has the same amazing converters as the other outputs so there is no loss in sound quality.

If latency is an issue, you can set these normally in the audio settings. Thanks to RME's very efficient and stable drivers, we can use low sample buffers resulting in very low latency.

Nowadays it is very common to work with samples and loops to spice up your performance. In contrast to mastered songs, samples and loops often lack punch and clarity. So we could use the DSP power dynamic section of the UCX on every output, to add some excitement and dynamic control to the sample decks. 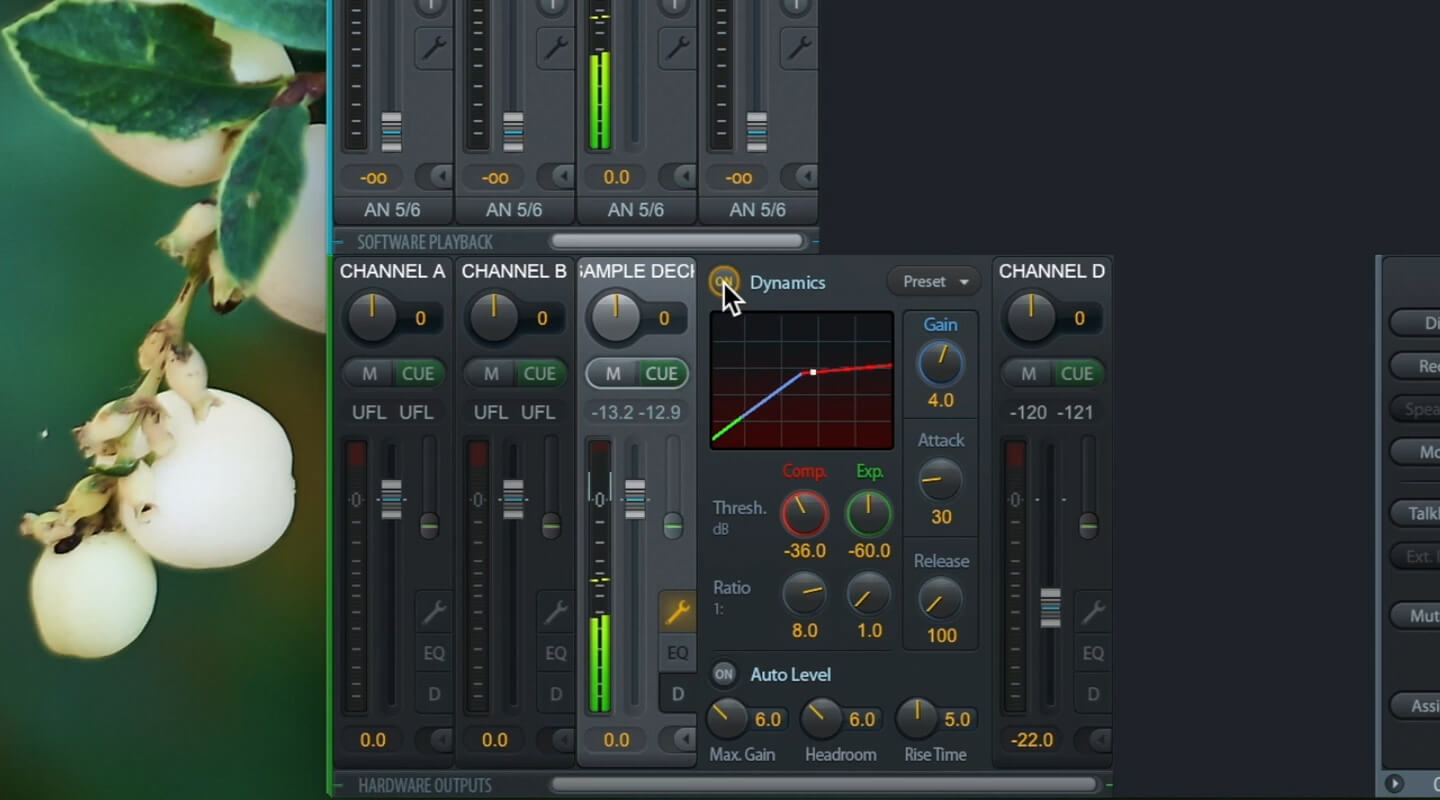 Run and mix several Audio apps at the same time

With the improvements of CPU processing power we can now run several audio apps at once and thanks to Ableton link its nowadays very easy to synchronize different audio programs consequently. We can DJ and perform at the same time using DJ software and DAW or other apps. Such setups need high channel counts to work properly, that's where the UCX comes in handy. In this case we use two decks from Traktor and add two channels from Ableton Live with loops and drum machines. 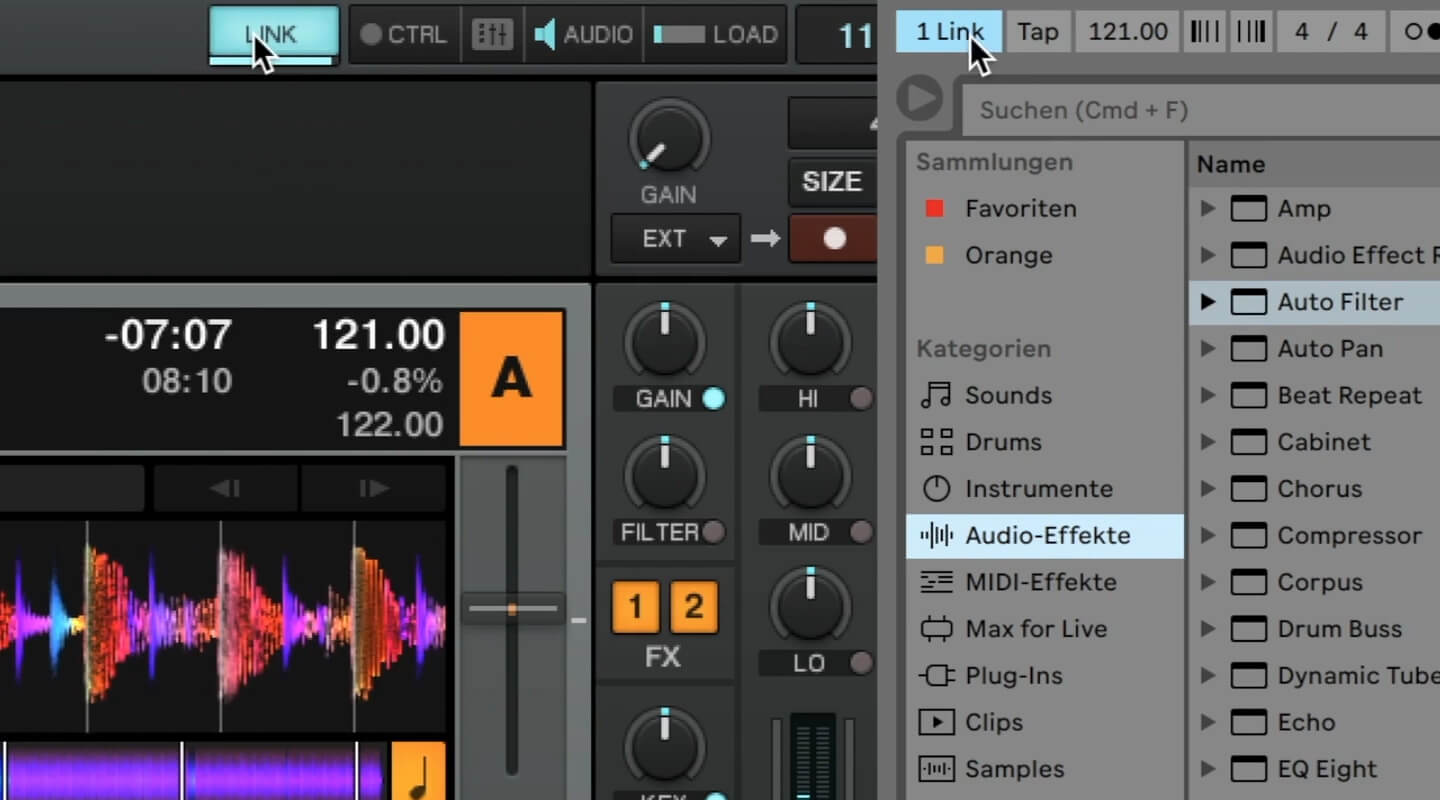 Open Ableton and Traktor and activate the link option on the top of the left corner. Now Ableton acts as a master clock generator, while Traktor acts as a slave. Click on sync to synchronize the decks to Ableton. The track the decks go to channels 1 & 2 and 3 & 4, and the Ableton channels two outputs 5 & 6 and 7 & 8. Again these channels will show up as the corresponding software playback channels. All we have to do is distribute the Ableton and Traktor channels across the outputs. If you are done with your setup save it as a snapshot.