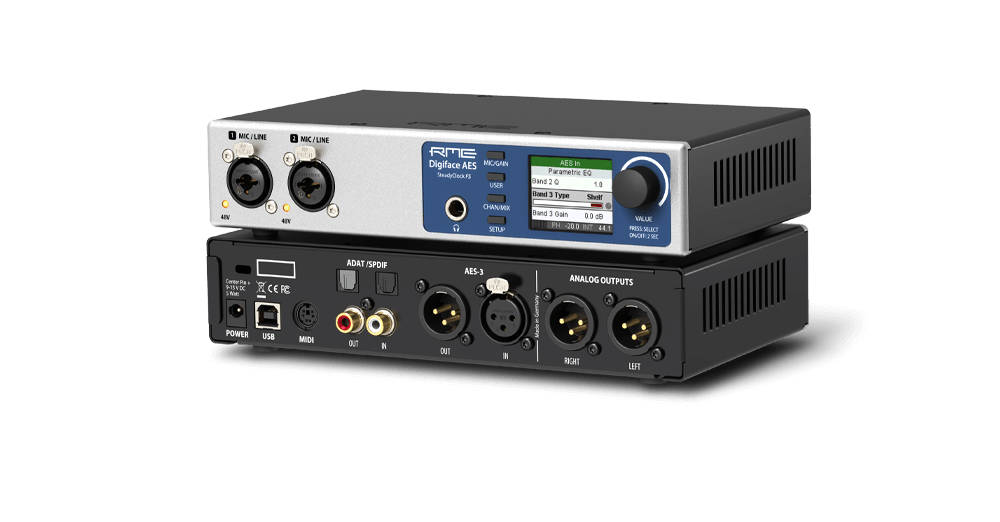 On the back of the Digiface AES there are 2 balanced analog outputs via XLR male to drive power amps, active monitor speakers, or recordings. The headphone output allows additional and independent high quality monitoring, providing sufficient output power and volume on high and low impedance headphones. 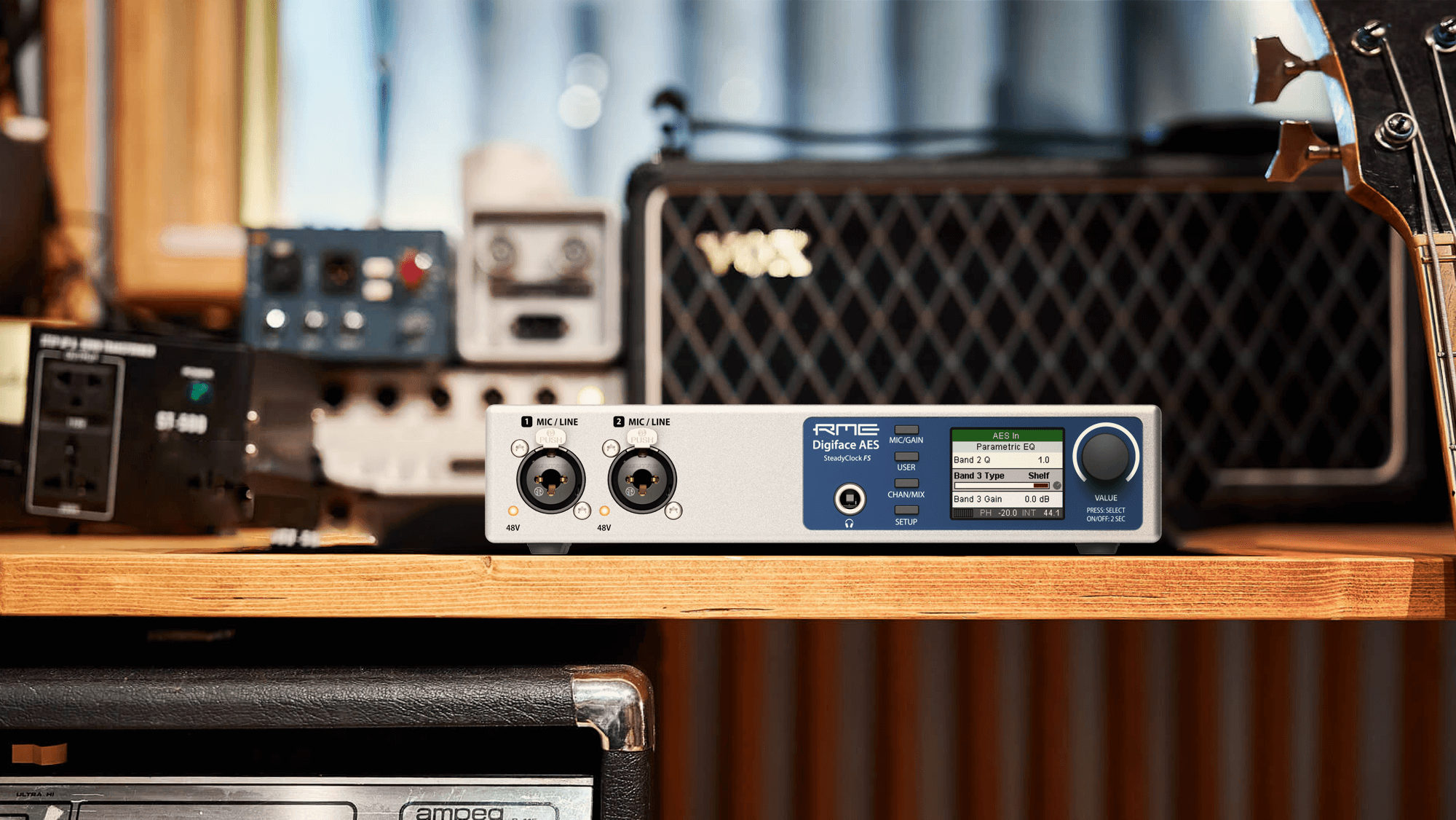 The comprehensive set of digital I/Os, centered around an AES/EBU input and output via XLR, also includes SPDIF coax, SPDIF optical or 8-channel ADAT. All I/Os can be used simultaneously, turning the unit into a swiss army knife interface that receives and sends all common digital audio formats. An integrated SRC (Sample Rate Converter) can be switched to one of the three inputs to solve clocking issues and to adapt to other sample rates. This allows, for example, the device to be AES clock-synchronized from the main source and to listen to SPDIF independently at the same time. MIDI I/O via an included breakout cable completes the package. 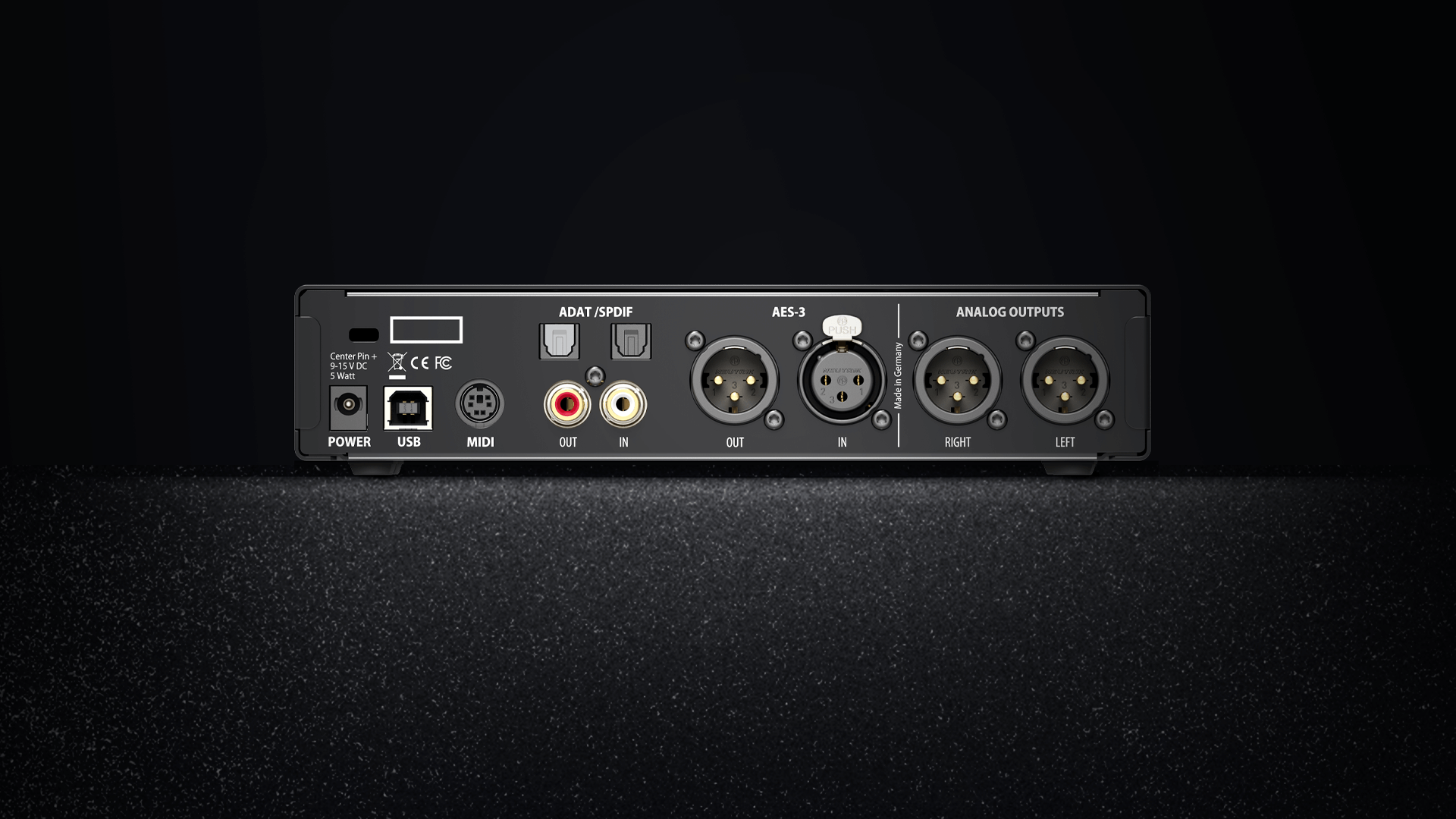 Convenient, direct access and control of all features and the device is available directly from the front panel. Four keys and the encoder, the high-resolution and clear color display, and a well thought-out menu structure allow for quick changes and configuration of the device.

Six different device setups can be stored into internal memory. With these the interface transforms into totally different devices by the simple click of a button, which is especially useful in stand-alone mode. Furthermore TotalMix FX can also be controlled externally via MIDI. 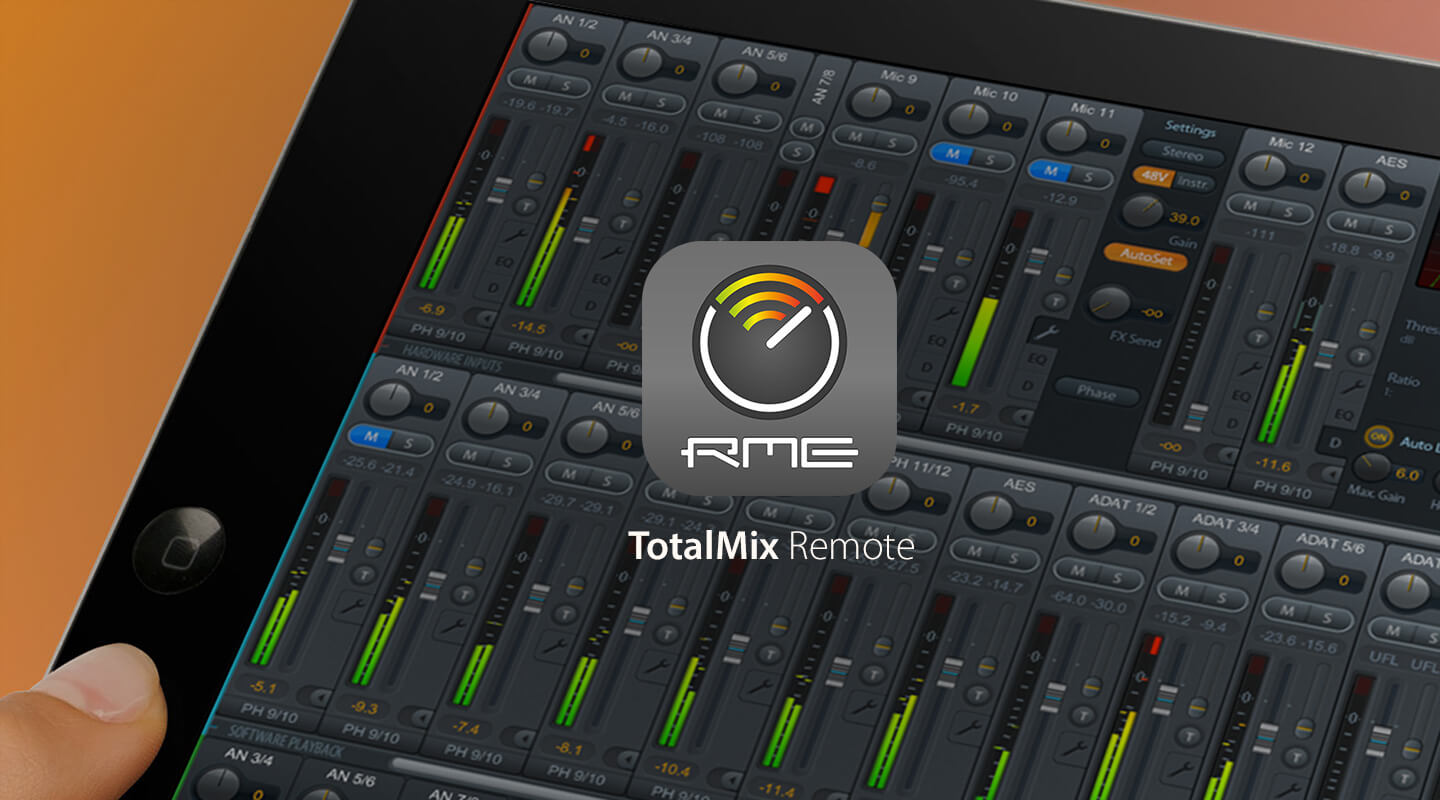 TotalMix Remote, enhances the power of RME interfaces by enabling remote control via iOS, PC or Mac. With a straightforward set up process — simply enter the IP address of the computer you would like to control with TotalMix Remote and get going — users can quickly adjust any aspect of TotalMix FX on a host system while walking around the studio with their tablet, or from a control room located elsewhere in the facility.

Excellent performance in all clock modes and High Quality Analog Conversion to hear your mix as it is, with lowest jitter and highest jitter immunity.

Since 2001 TotalMix added unlimited routing and mixing to RME‘s audio interfaces. Its unique capability to create as many independent submixes as output channels available turned it into the most flexible and powerful mixer of its kind.

Use your RME audio interface on Mac and PC with reliable, stable, and regularly updated drivers for our products. RME Audio develops its own interface core, it’s not dependent on 3rd parties for upgrades, modifications or bug fixes, so customers can use latest operating systems without interruption or delay."

TotalMix Remote V 1.23 - App to remote control TotalMix FX via ethernet and WiFi from other devices with Mac OS 10.12 or up. Universal Binary, supports Intel and Mx.  Please note: can not be run on the same computer where the host TotalMix FX is used. This download is not TotalMix FX, which is part of the driver installation.

TotalMix Remote V 1.23 - Program to remote control TotalMix FX via ethernet and WiFi from other devices with Windows OS (PC, Tablet). Please note: can not be run on the same computer where the host TotalMix FX is used. This download is not TotalMix FX, which is part of the driver installation.