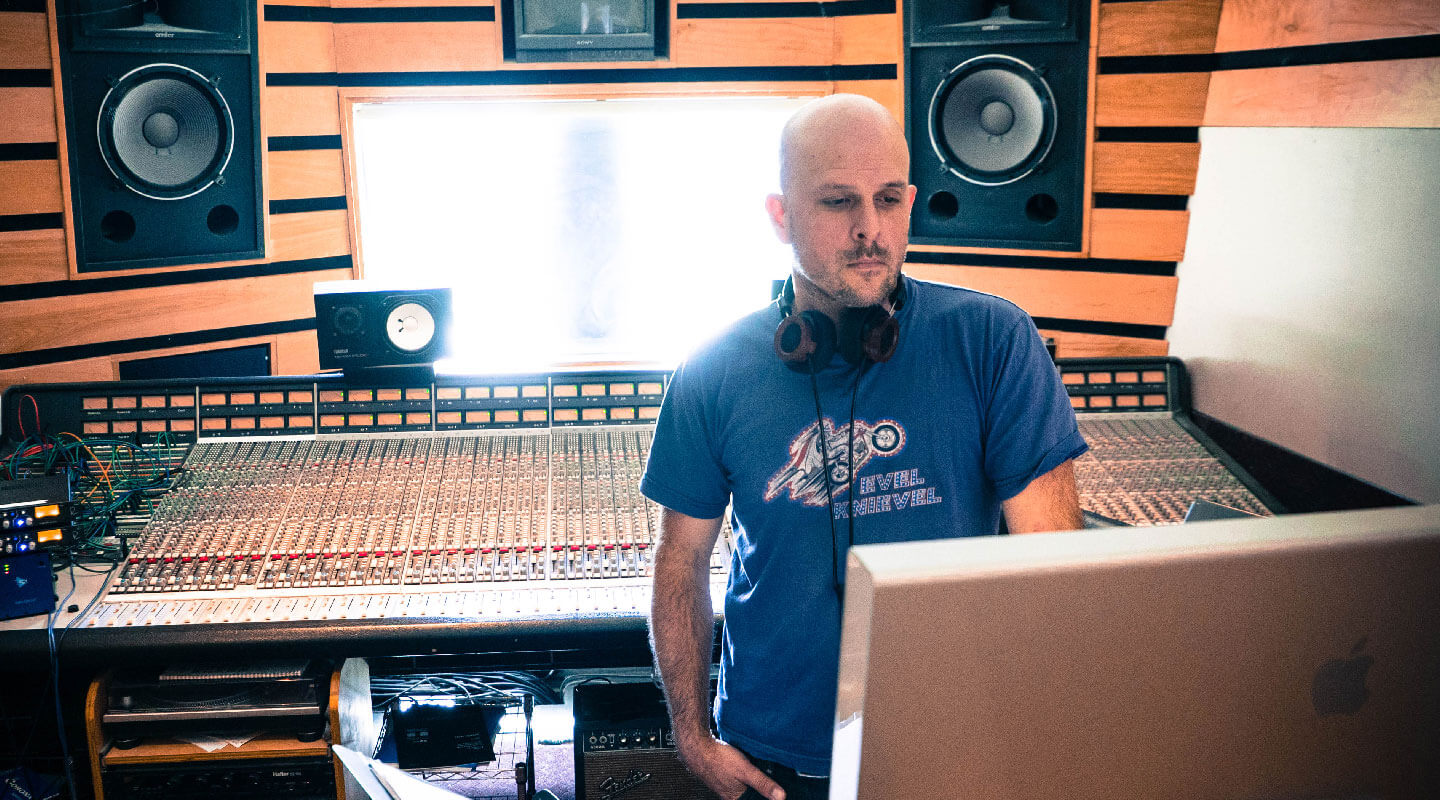 Inspired at a young age by the film scores of “Chariots of Fire” and “Last of the Mohicans,” musician Adam Barber took his dream to become a Hollywood film composer and made it a reality. After working with some of the biggest names in the business, including composers Hans Zimmer and Christopher Young, and with his RME MADIface XT by his side, Barber has racked in film composer and musician credits in many major motion pictures, including music programmer for “Ghost Rider” and “Spiderman 3” and composer for “Last Shift” and “London Fields.”

“I love the creative storytelling that film composing affords me in such an abstract way,” Barber says. “It’s not storytelling in the traditional sense, but instead in a much more multi-teared fashion. Film compositions support the narratives — whether it’s long or short — and that’s always been magical to me.”

Before Barber even breaks out his MADIface XT, he first reads the movie script to better understand the nuances of the story and then sits down with the film’s writer and director to discuss their vision for supporting the narrative musically.

“It’s great because it’s basically like sculpting something out of clay — you have the dialog there, and you can ask, ‘where do we want to take it?’ And you start molding it from there,” Barber explains, adding that he usually starts the creation process while the film is in primary shooting to insure he has enough time to create the perfect masterpiece. “The evolution never really stops. The film’s editor will usually get involved from there as you continue to produce this musical sculpture.”

From the occasional set visit to continued meetings with the writer and editor, Barber begins recording music immediately as well as contacting musicians when the score calls for a full orchestra.

Composing the Dream and bringing a Musical Story to Life

“Whether it’s pencil and paper, or in the computer, I’ll start sculpting the sonic pallet after the first meeting,” he explains. “I might start with a few easy scenes — 30 seconds here, 30 seconds there. I’ll map out the project in a protagonist and antagonist timeline or emotional high and low points, then I’ll send those ideas back to the editor to share with the director. This is in addition to your typical spotting session — when you sit down with the director and possibly a few other people to discuss the musical journey of the film.” 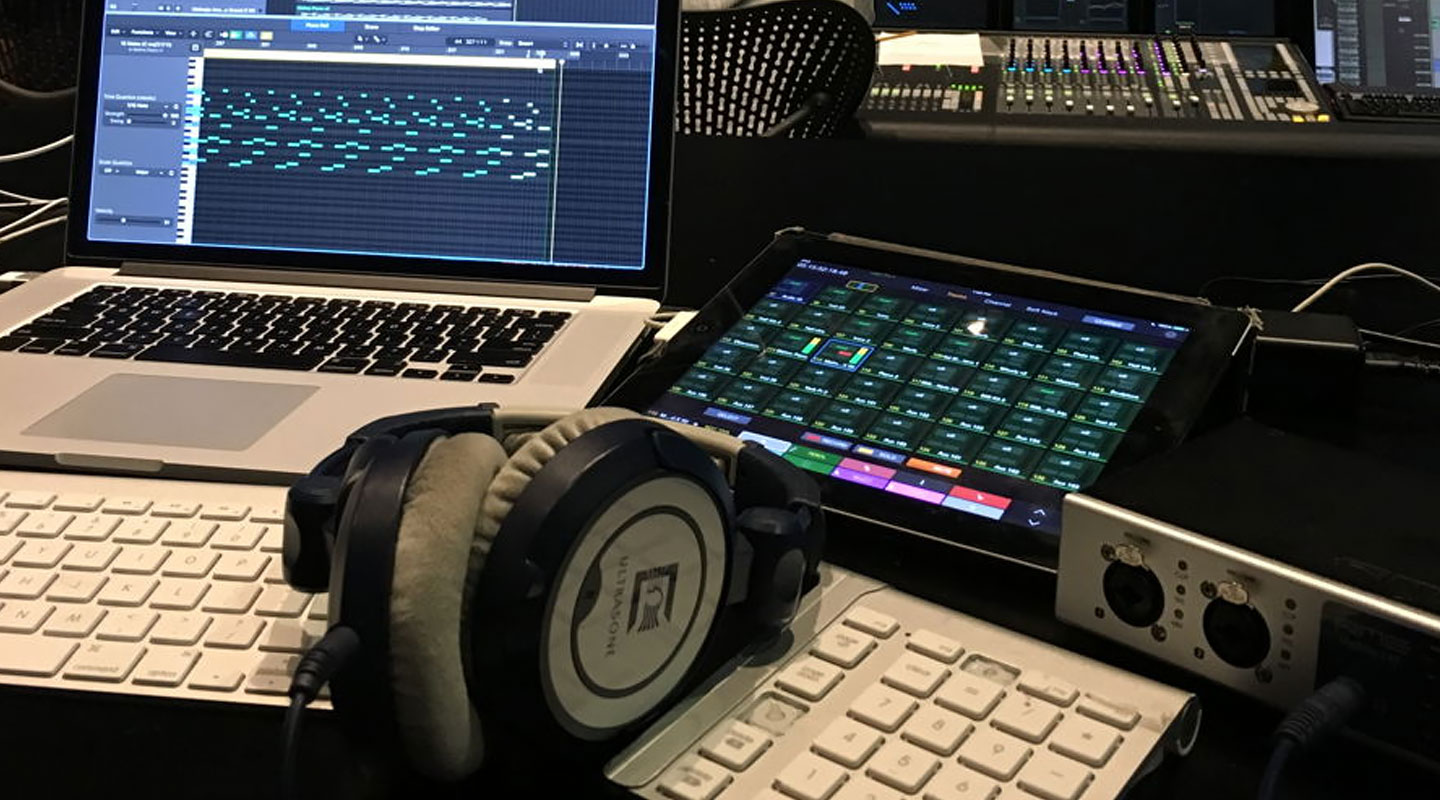 RME equipment is the backbone of Barber’s studio which demands not only flexibility, but high channel counts and portability

An avid user of RME products since his days working alongside Hans Zimmer, Barber’s entire studio now revolves around an RME backbone — from his HDSPe RayDAT multi-channel PCIe interface to his much-loved Digiface Dante to RME’s proprietary mixing and routing software TotalMix.

But possibly Barber’s favorite piece of RME equipment is his MADIface XT which serves as his main interface. Whether it’s at his home studio or a dubbing stage, Barber reaches for his MADIface for its 394-channel count.

“I route everything into my MADIface thanks to its high channel count,” he explains. “From there, it goes into my main Mac where I do all my writing then the mix goes back up to the MADIface and gets shot into a Pro Tools rig. The Pro Tools session then goes to the engineer for mixing.”

“While there are only a few other options on the market that do what the MADIface does, there’s no solution that comes even close to it when it comes to portability,” Barber says. “It’s half-rack space size is really handy when I go the dub stage. I can just throw my MADIface and my laptop in a computer bag and go.”

In addition to its high channel count and portable size, Barber loves working on TotalMix’s flexible platform. “I can’t do what I do without TotalMix,” Barber says. “The elegant concept I really like about TotalMix is I can have my Pro Tools playback machine coming into the MADIface and at the same time have my Logic machine going through the MADIface XT and with the push of a preset button, I can check and make sure my stemming is correct. I can go from the Pro Tools machine right back to the Logic machine and make sure what I’m hearing on the Logic machine is correct without physically changing computers. It’s a really elegant solution to a real-world studio problem — making sure what you created is getting put to tape.”

Barber used his MADIface XT on both of his most recent film compositions, including the 2018 horror film “Extremity” and 2018’s mystery black comedy/crime noir “London Fields.”

“My RME gear covers a ton of bases and helps me do what I do,” Barber says. “My studio won’t function without my MADIface XT.”