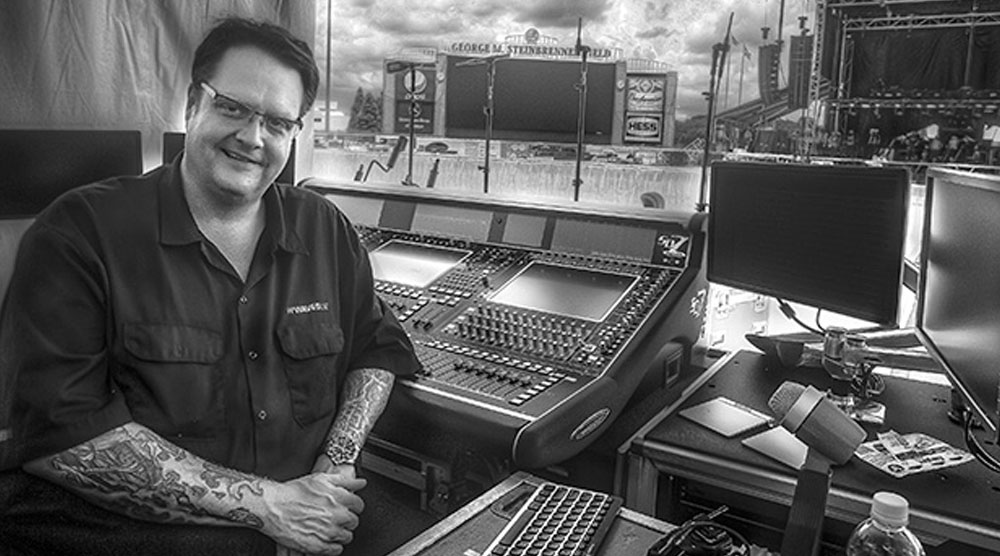 For the last 20 years he has worked as a Front of House Live Sound Engineer for the likes of KISS, Kid Rock, Linkin Park, Guns & Roses, Smashing Pumpkins, Slash, System of a Down, Rob Zombie, Limp Bizkit, Jay Z, Ted Nugent, Seal, Pantera, Jane’s Addiction, Eminem, and many more.

“I religiously use RME products.  The HDSP AES-32 is an integral part of my setup for Linkin Park.  The two most important inputs (my main vocals) are sent and returned via AES.  I have to trust that it will work every night, and it does, with precision and reliability.  RME has the best sounding interfaces, preamps, and accessories, hands down.”