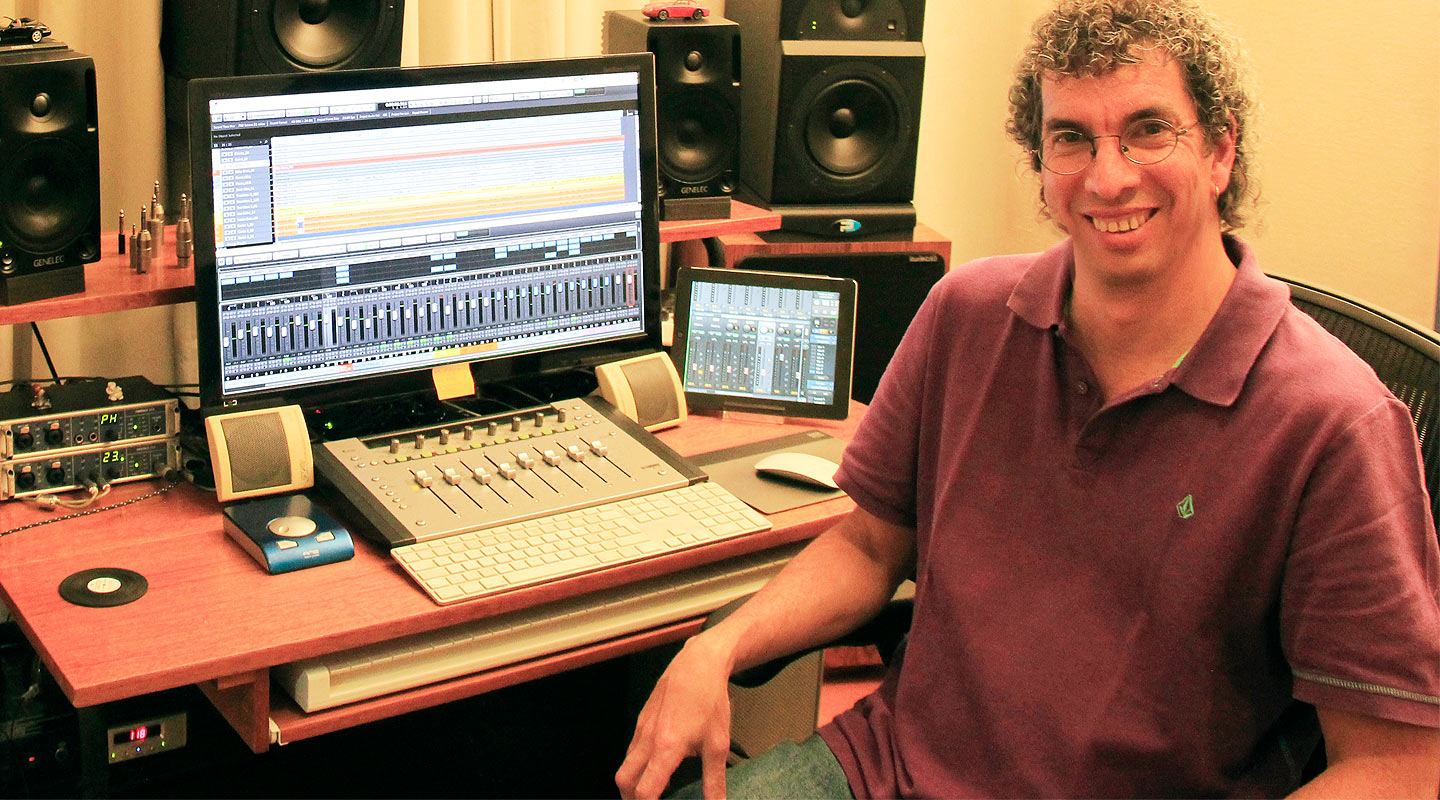 I am a recording and mixing engineer who has worked in Venezuela for more than 30 years. I studied at New York´s Institute of Audio Research and at the Recording Institute of America, and graduated with honors from the Ontario Fanshawe College of Applied Arts in 1983. While working in the voice-over industry I developed a strong attachment to music, engineering more than 120 albums.

I mainly do mixing for Venezuelan acoustic bands that play pop, jazz, traditional folk and contemporary Venezuelan roots music. One of these bands is C4 Trío, a quartet formed by 3 cuatros (Venezuelan 4 string folk guitar) and a bass, who play in a very contemporary way and have elevated the cuatro to a new standard in styles other than the traditional roots.

The most recent album they did “De repente” was with Venezuelan pop singer Rafael “Pollo” Brito, where they did a repertoire of Venezuelan and Latin American contemporary songs that won the Latin Grammy for Best Engineered Album in Las Vegas last November.

When I chose to update my studio setup, I always thought of RME as my main interface. In April 2012 I bought two Fireface UCX units that were just coming out, which were perfect for my mixing needs. My sound improved in such a way that I finally felt in the “big leagues”, with the clarity of the high end and the definition on the lows that I never felt before in my studio.

I mixed 85% of that album in my studio at home, and RME was definitely a big part of that success. I rely on Nuendo as my DAW, and it interacts with my UCX so easily that work flows nicely. The remote control allows me to switch between big and small monitors without leaving my sweet spot and maintain my monitors at comfortable levels for long periods of time.

The display of the levels saves me a lot of time and keeps my reference updated. Besides music mixing, I also do 5.1 surround mixing for several American TV series, and movies for Latin American cable services in Spanish. I use all the inputs and outputs of my UCX to compare and monitor all the sources in 5.1 surround. I can easily switch between my SACD/DVD to my DAW and compare mixes, without ever moving from my chair.