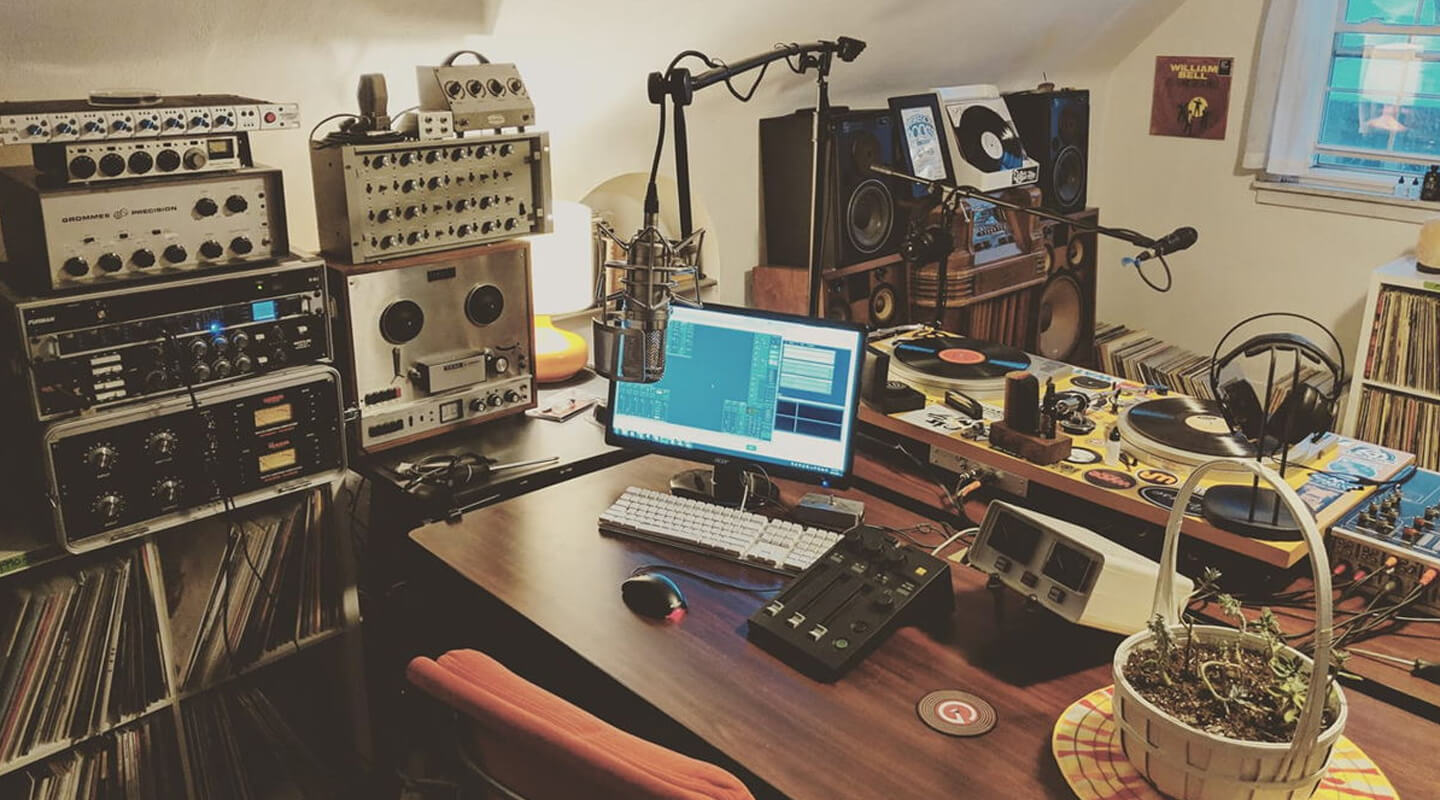 For the last decade, Black Circle Radio has filled the Western Michigan airwaves with a wide variety of music on vinyl. Currently broadcasting on Muskegon 100.9 WFFR-LP Monday nights at 7:30 p.m. EST, as well as on internet radio platform SoRradio, Anderson maintains the integrity of the “vinyl sound” on his show thanks to RME’s Fireface UFX. The interface offers Anderson the ability to accurately translate what he refers to as the “multi-sensory” aspects of listening to vinyl. “I wanted to give people the feeling that they were sitting down with me and listening to records, too,” Anderson said, “but I needed to be able to have that kind of quality without putting a lag on my computer.”

Using two Technics SP-15 turntables with Audio-Technica ATP-12t tonearms plugged into a UREI 1601 phono stage, Anderson converts the analog signal using the Fireface UFX interface preamps and A/D conversion at the end of his signal chain — delivering high-resolution audio to his broadcast equipment at 96 kHz/24-bit sample rate. “The amount of headroom provided by the UFX line level inputs allow for a very close, true to source, digital representation of the dynamic vinyl medium,” he said, adding that the Fireface UFX is currently the only piece of digital equipment in his arsenal.

“Other than the UFX, it’s an entirely analog chain,” he said. “And before it hits the UFX, I’m going for a sound that’s as open and realistic and true-to-the-source as possible. I don’t want to layer on any additional audio flavor to the record in my broadcasting, because I don’t want to change the artist’s or the producer’s message. I want to convey to the audience exactly what’s on the record and the Fireface UFX helps me do just that. It does not impart a sonic stamp on the signal going in or out – it sounds exactly like the signal that I put into it.”

While Black Circle Radio broadcasts often revolve around weekly — sometimes, recurring — themes, Anderson goes out of his way to expose himself and the show’s audience to his latest finds, jumping around over a wide range of musical genres, styles and artists. To help him uncover the hidden gems and old favorites amongst the slush pile of vinyl records he’s continually sorting through, Anderson has brought along a number of guest DJs over the years, including his wife and co-host Debra Warren, as well as guest artists like Kellin Quinn (Sleeping With Sirens), Cherie Currie (The Runaways) and Paul Coleman (Rasputin Stash).

“We play a lot of different music in a two-hour broadcast,” Anderson said. “With the records we play, I don’t necessarily know all the artists or their stories, so what I like talking about is how I personally emotionally connect to the record or the song.”

Now with more than 14 different local, national and international sponsors, Anderson has spent this year celebrating a decade of “record representation,” and he looks forward to sharing his love of vinyl using his Fireface UFX for years to come.

“To me, vinyl is multi-sensory medium,” Anderson said, “because there’s an innate memory and human response to putting a record on. When I pull a record out, there’s the touch, the smell, then there’s the visual artwork, in addition to the listening aspect. And being able to have a physical connection has always been a very strong impulse.

“Whenever I have the chance to get on the air and spin records, I consider it my responsibility to make sure that the experience I have with the music is relayed to the listener as honestly as it can be. And that’s why I chose the RME Fireface UFX.”