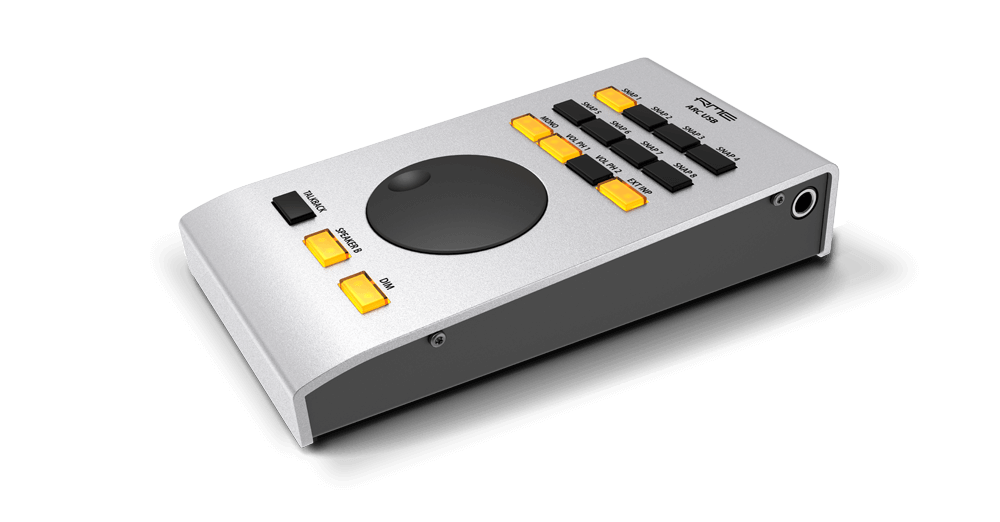 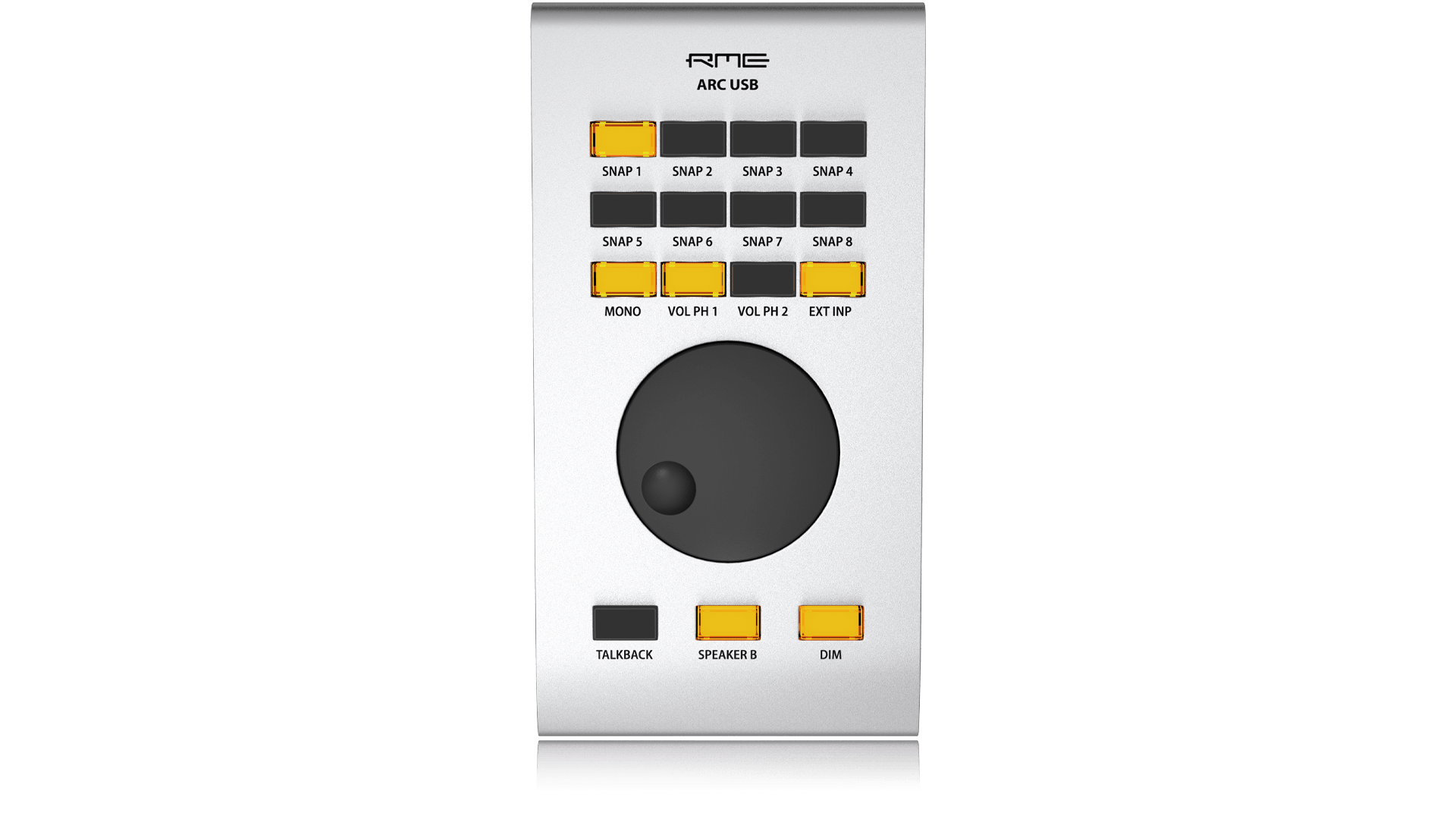 This wired remote has been designed for direct access to the most frequently used actions and commands of TotalMix FX, being an indispensable tool in the studio's daily applications. Its extremely flexible configuration through TotalMix FX will simplify workflow and greatly increase the usability of the RME interface in most real world situations.

The ARC USB is a USB 1.1 (UAC1) MIDI remote control, natively compatible to Windows and Mac OS X. As soon as it is present in the operating system TotaIMix FX will detect it and communicate with it, without disturbing other remote controls. Therefore it is also not necessary to switch the ARC USB on or off within TotalMix FX - it will just work. 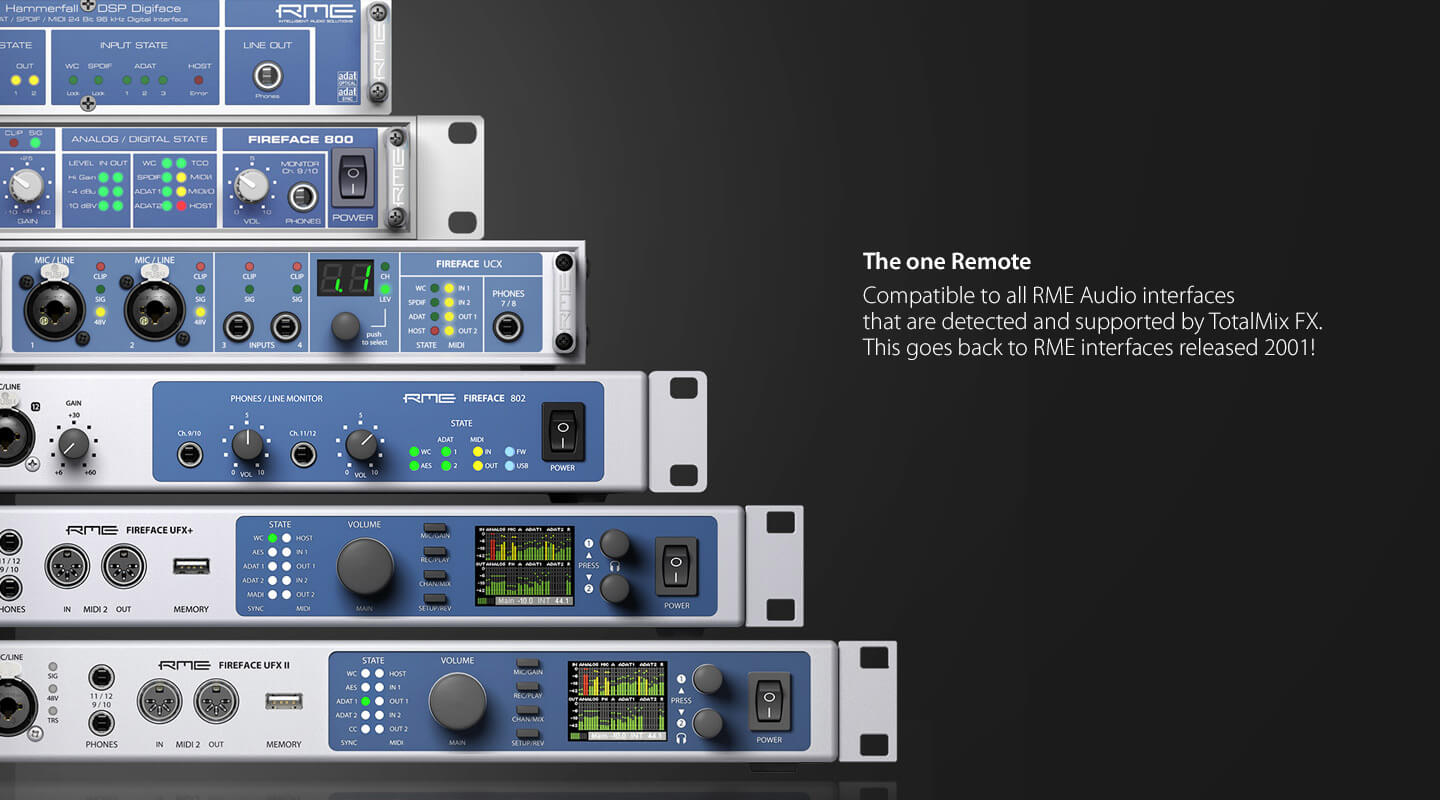 And because it communicates with TotalMix FX (via USB) it is compatible to all RME audio interfaces that are detected and supported by TotalMix FX. This goes back to RME interfaces released 2001!

As soon as the ARC USB is connected to a computer any button press or wheel turning will cause the respective action performed by TotalMix FX - and therefore also by the RME audio interface.

The ARC USB is bus powered, but draws only little current. Also it uses USB 1.1 as bus standard, which these days is uncritical due to its lower frequency and speed demands. USB 2 cables with 5 meter to 10 meter length, and cheap USB 2 cable extensions that usually make a bus-powered interface fail will work perfectly for the ARC USB. Still at higher lengths RME recommends to use active USB 2 cables (also called extension or repeater cables), which are not expensive and work over lengths of more than 20 meters.

The ARC USB can control several interfaces simultaneously, which happens automatically as the Key Commands dialog in TotalMix FX is specific to the currently selected audio interface. Just assign only the functions that are desired for each respective interface. After that the ARC USB keys and the encoder wheel remote the respective interface where they have been assigned to, without the need to further switch or select anything in normal operation.

Since 2001 TotalMix added unlimited routing and mixing to RME‘s audio interfaces. Its unique capability to create as many independent submixes as output channels available turned it into the most flexible and powerful mixer of its kind.

In stand-alone mode of Fireface UFX+ / UFX II a fixed set of functions is activated on the keys:

In the UFX+ / UFX II display’s menu the way of operating the ARC USB can be configured for stand-alone mode. Those options are found under SETUP/REV, Options, Hardware/Diagnosis:

Deactivates all keys. Only the encoder wheel works, with a fixed assignment to Main Volume.

This option is also a safety function in case the ARC USB is connected to the UFX+ / UFX II, but oper-ated online (with computer). When the system goes offline (computer removed, sleep state…) the functions on the keys change, because online mode changed to stand-alone mode. Operating the keys then could activate unintended functionality or changes.

Each key has to be pressed for one second to activate the programmed functionality. This safety function prevents unintentional changes. It can be stored within the Setups, activating this mode automatically when such a Setup is loaded. When loading a Setup where this function had not been active this mode is automatically deactivated at the UFX+ / UFX II. 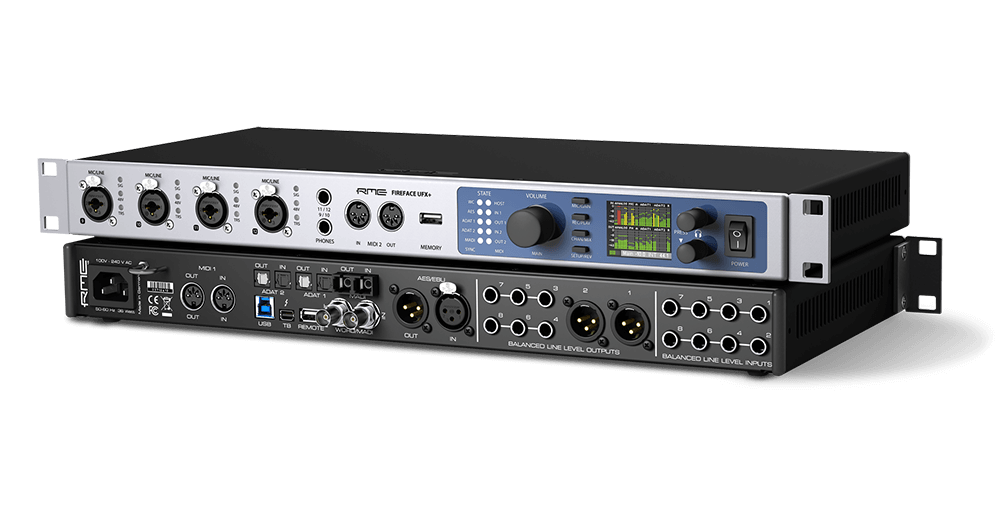 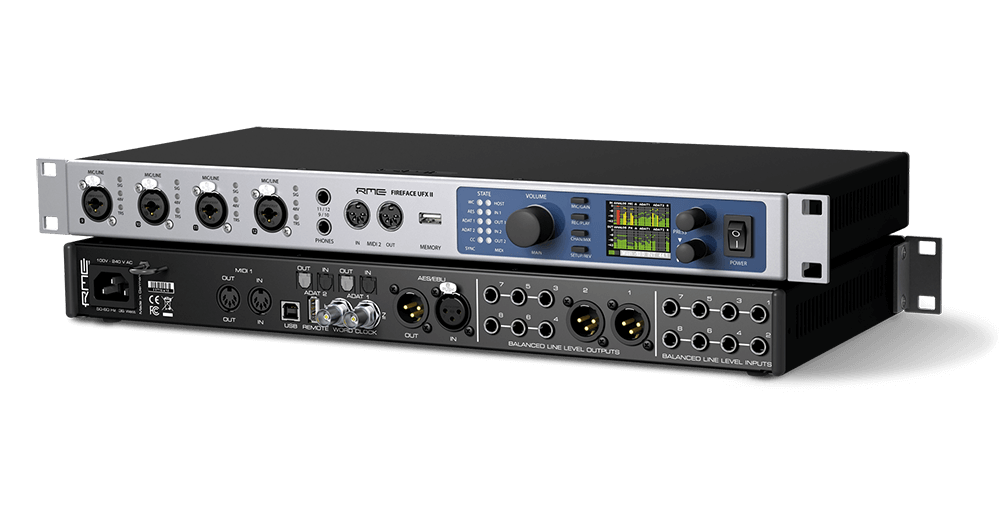 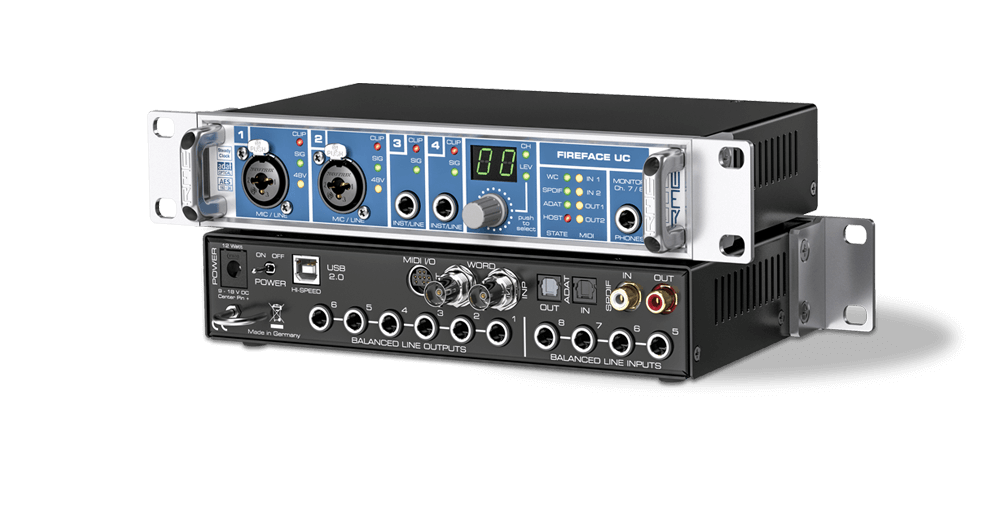 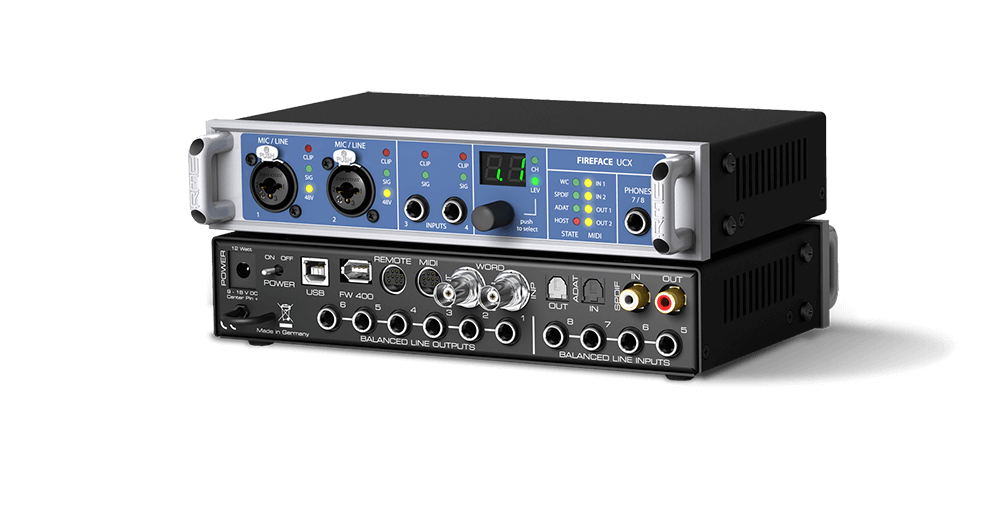